RPNYC's championship season got off to a typical start ... mid-20s gusting to mid-30s as we headed out to the racecourse.  We're still waiting for our new #4 from Norths - furling cable being built elsewhere - so decided that with the wind forecast to ease throughout the afternoon the heavy jib and a couple of reefs would be a good start. 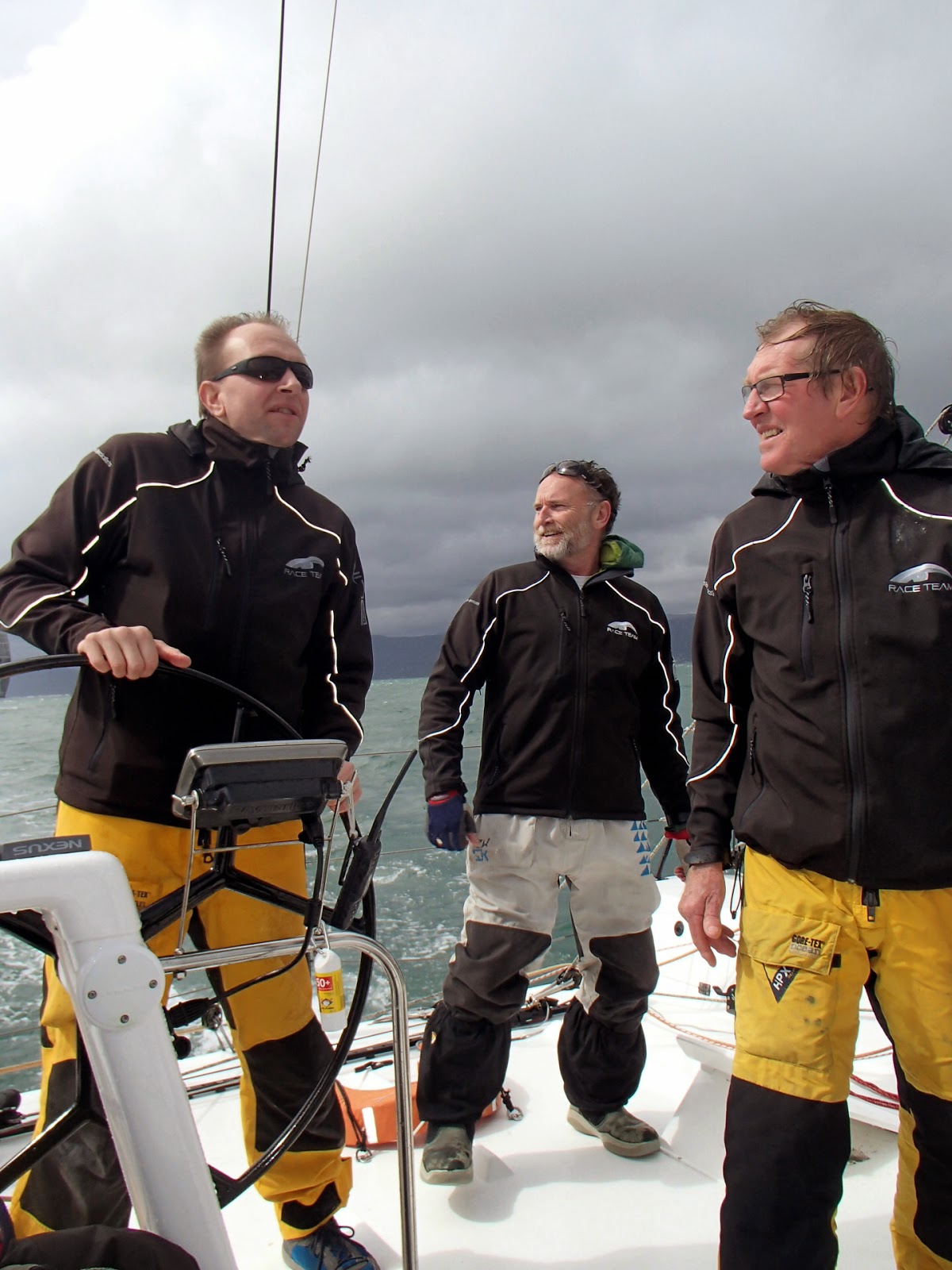 Even with 2 reefs, all the crew on the rail, and full cant we still got some big hits that laid us over.  We had several 'free willy' (keel bulb out of the water) episodes that provoked discussion of whether there might be any keel walking later.  VW took this from the companionway, there's a wee bit of heel on ... 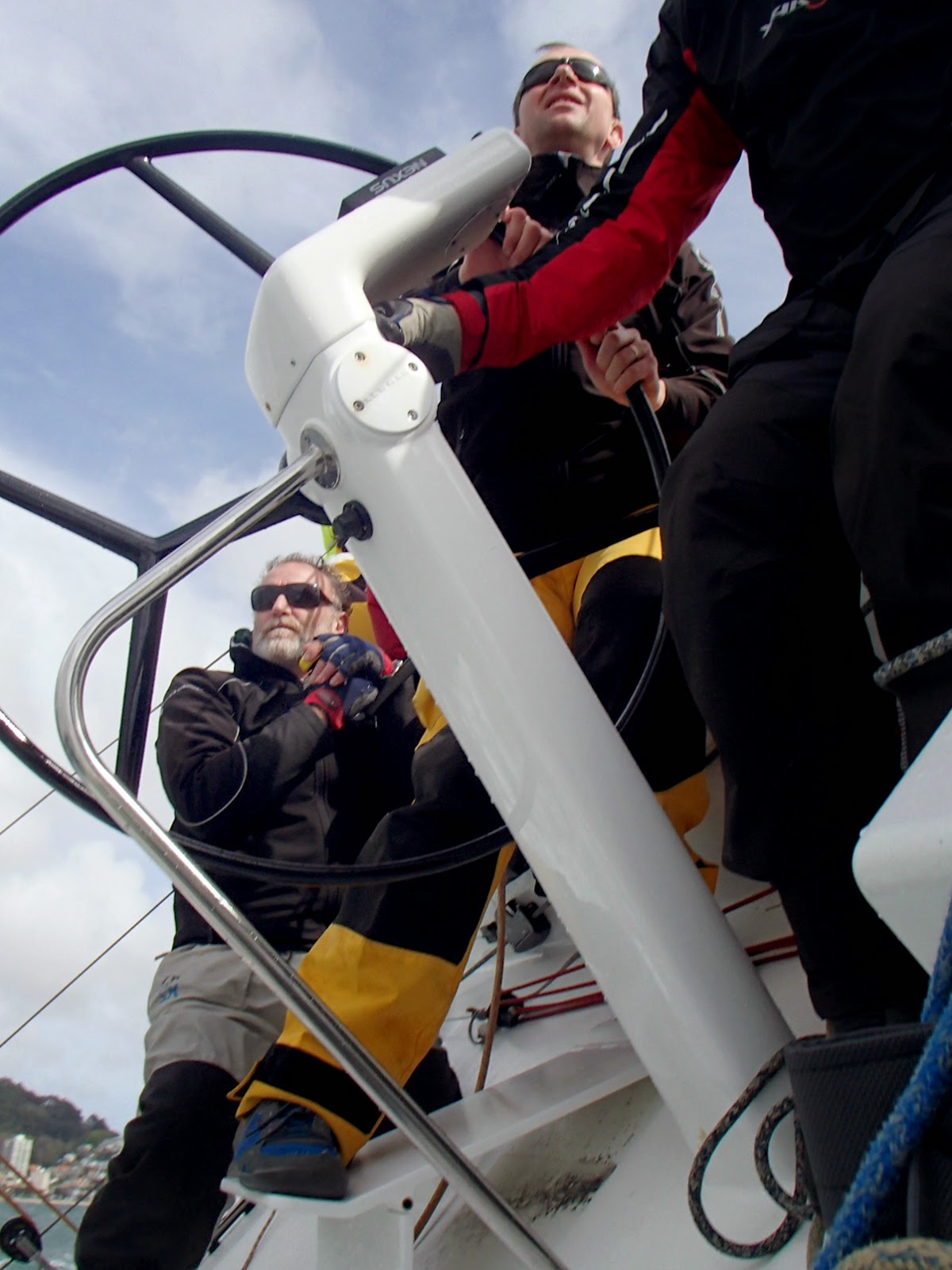 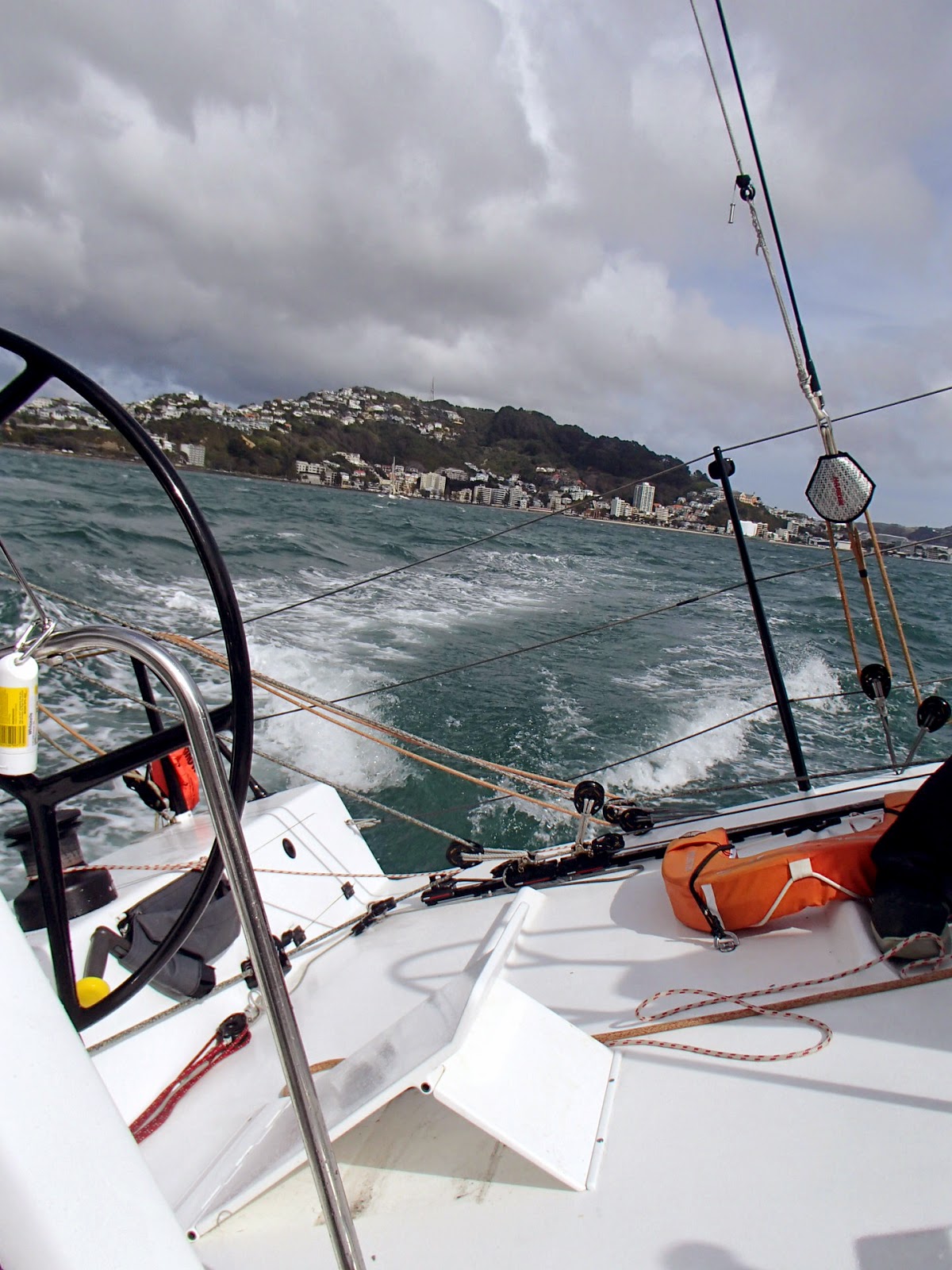 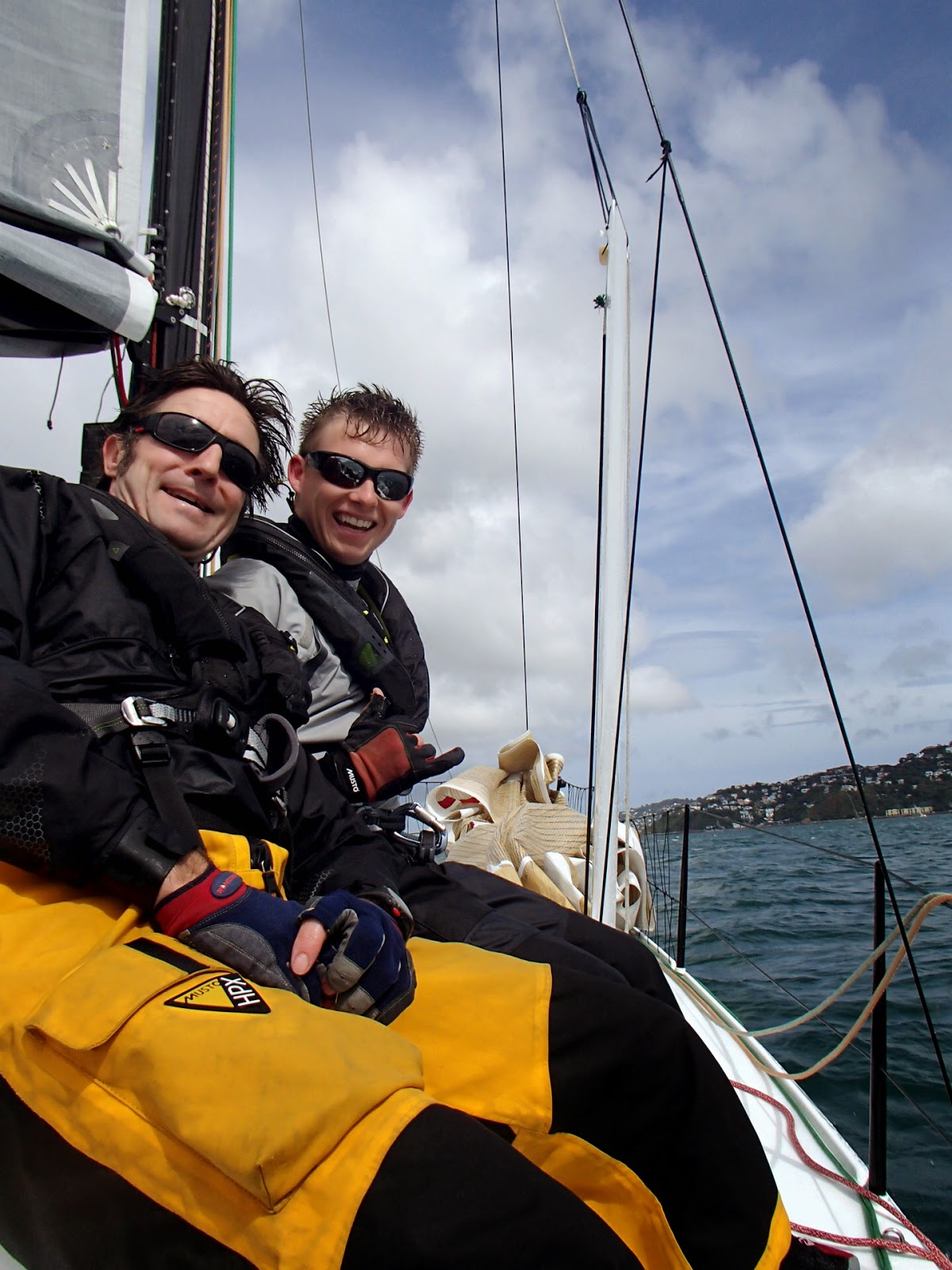 We thought we'd had a nice start, hit the line at about 12 knots and got away cleanly.  Only we didn't, we were over the line at the gun by the front end of the prod, about 30cm or so.  We didn't hear the call to go back to restart over the wind noise, despite VW being downstairs with the VHF on and with another handheld VHF at the helm station.  It was blowing hard, so difficult to hear anything much.  We didn't know for the rest of the race that our result wouldn't count.

Revs lost their mainsheet block at the top mark, so withdrew from the race, and we got to the first top mark just behind Wedgetail, managed to overtake them on the way down to leading light despite being taken well of course by a ferry that was doing harbour laps.


So we were in front at the leading light bottom mark, and just held our lead up to the next top mark after a beat with fluky/gusty conditions with monster shifts and lulls all the way back across the harbour.  We had taken out the reefs at this point.  It was after that mark when things starting not going so well.  We went a little too high after the last top mark, and ended up in a windless lane down towards Evan's Bay.  Lots of little gusts seem to appear and then vanish before getting to us.  Wedgetail was a couple of hundred metres east of us, in much more consistent breeze, and was making up lots of ground.  In hindsight we should have gybed out, taken a small loss to get into better wind.

After that we just got more unlucky.  Wedgetail had got alongside, and forced us to gybe as we approached them on port.  No problems, all we needed was one good bit of breeze to get us to the correct side of the mark.  Didn't happen.  We might have made it but for a kite collapse about 200m out.  So we had to gybe again, late, really close to the mark.  Then the gust that we hadn't had for the last 2 miles of downwind arrived at just the wrong moment, rounded us up, right in front of Wedgetail.  Who were still on starboard.  We were not on starboard, but couldn't manoeuvre while we were on our side and Wedgetail we now moving fast and about to ram us amidships.  Thankfully Meric was able to avoid us, but in the process of their gybe the partly-down kite and boom conspired to throw one of their crew into the harbour.

So we rounded the mark, got to the MOB fairly quickly, picked him up, Wedgetail sailed past on their way to the race win, and we went off to do our 720° penalty.  Not that it mattered, with our OCS ... but we didn't know at the time, nor did Wedgetail.

So that wasn't the result we wanted - even a finish would have been OK -  but we did many things well, and our boat handling continues to improve.  Next Saturday's race 2 might have better breeze and we're overdue for some good luck.
Posted by Tony at 12:21