We managed first on line and got some great pics, but ended up a long way from a race record that we thought we might challenge ...


The forecast looked pretty good, reach/downwind out of the harbour, upwind in 20 knots to round the Brothers Islands, then a downwind blast in 25-30 to get home… Wellington’s northerly quarter winds often get accelerated and this day was no exception. The first reach and run out of the harbour were sublime, Blink led the rest of the 40-footers out of the harbour by 5 minutes, and at the south coast extended to a 15-minute lead. If the forecast held, a race record seemed possible and calculations led some friends of ours to arrange a helicopter for some photos. Unfortunately the beat up from the south coast to the other side of Cook Strait came with a 35-knot headwind, and we couldn’t keep our VMG high enough in those conditions to stay on record pace.
There was still hope, downwind with the A6 up in mid-30s windspeeds might make up some of that lost time… but it wasn’t to be. a series of lulls on the downwind kept us off full pace and then we were greeted by 35-50 knots just ahead of our beam all the way back across the south coast and then a tough beat with multiple short tacks into the harbour against 40+ knots and outgoing tide. Not so fast.
But the big wind wasn’t the scary part, the holy crap moment came when we gybed while doing 18 knots of boat speed to see a large whale about 20 metres dead ahead on our pre-gybe line. Had we not gybed we’d have hit that at speed and it wouldn’t have been nice for us or the whale.
Heli got close to us just as the breeze started to soften.  Great pics from the air by Chris Coad 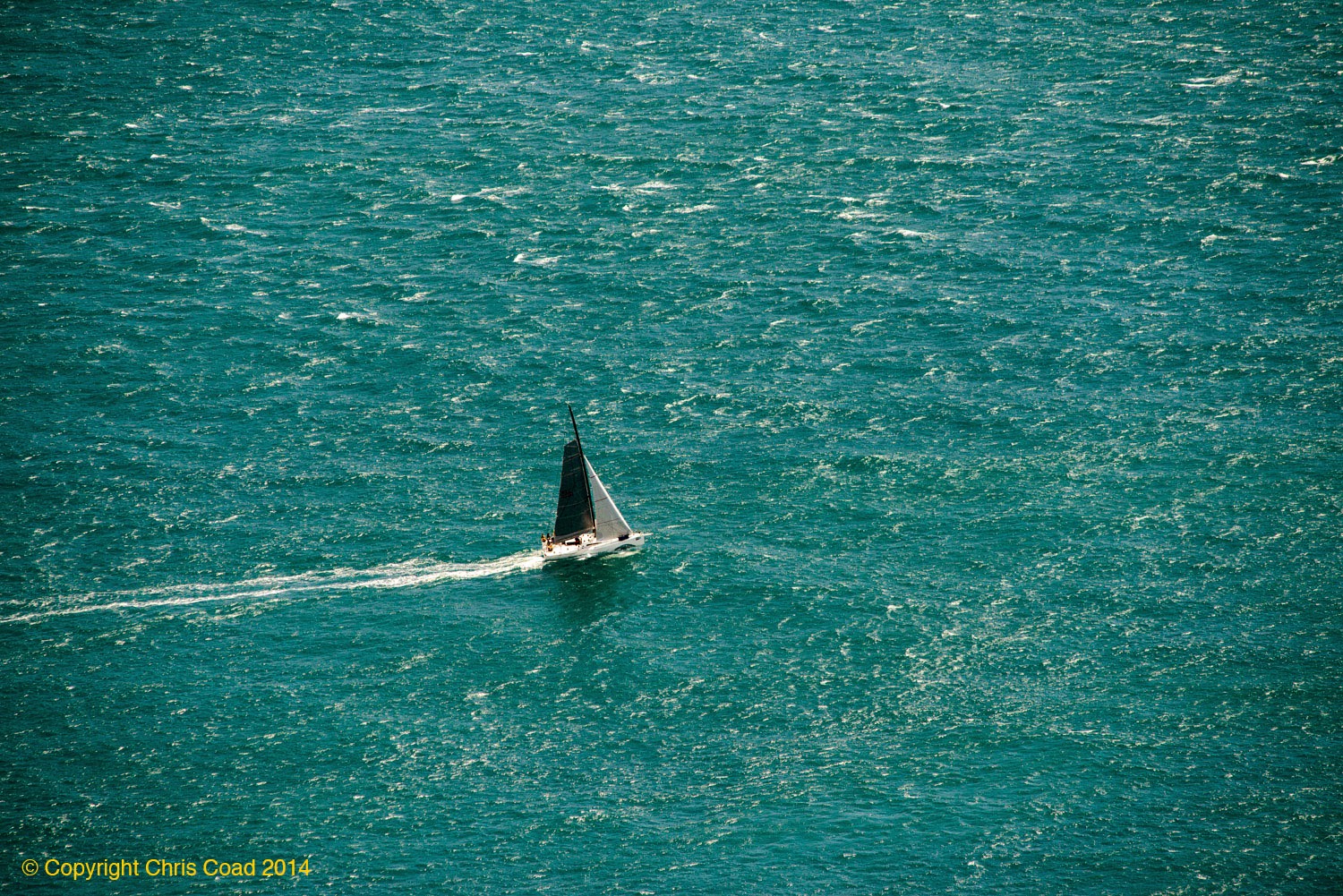 Fun on the way home 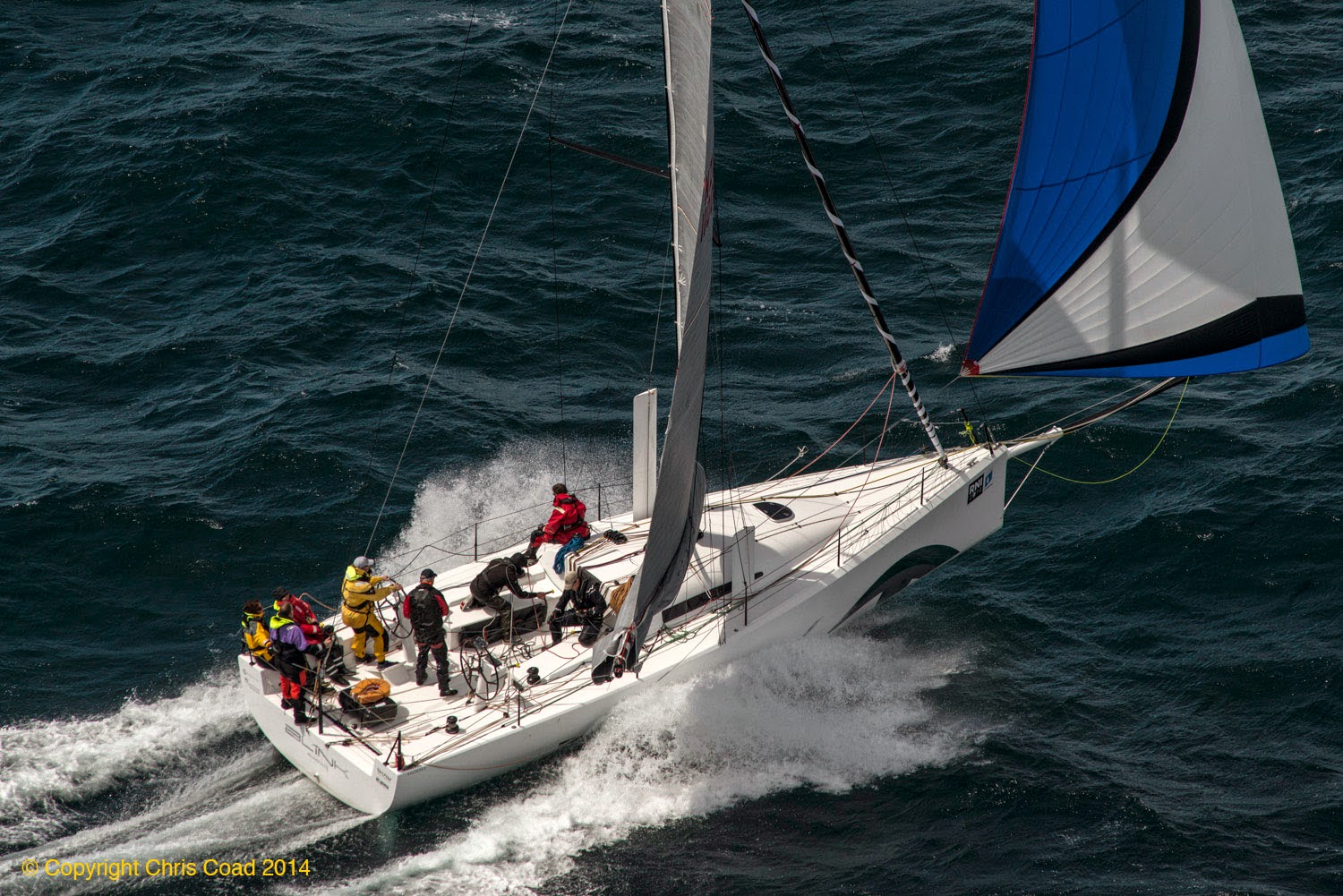 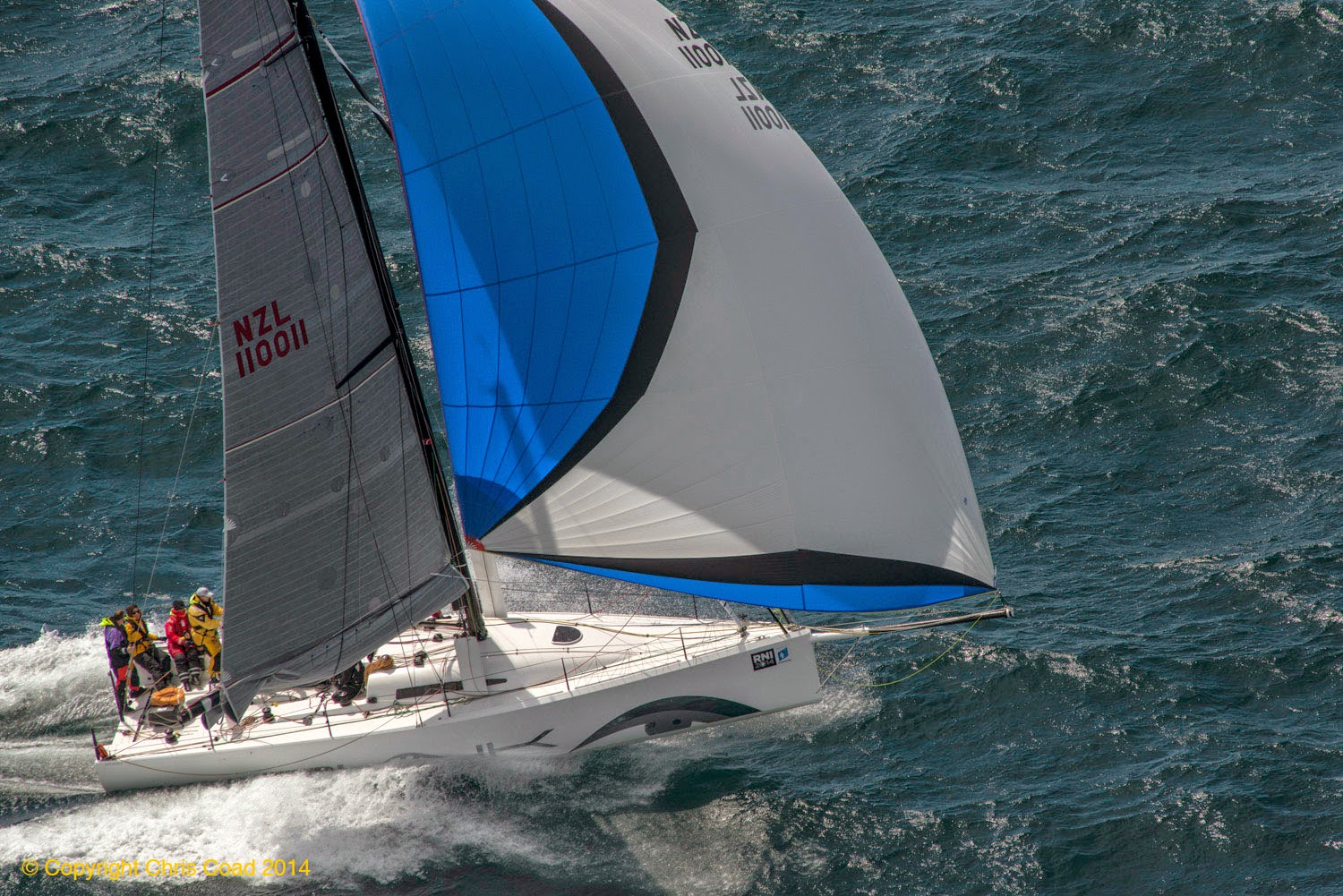 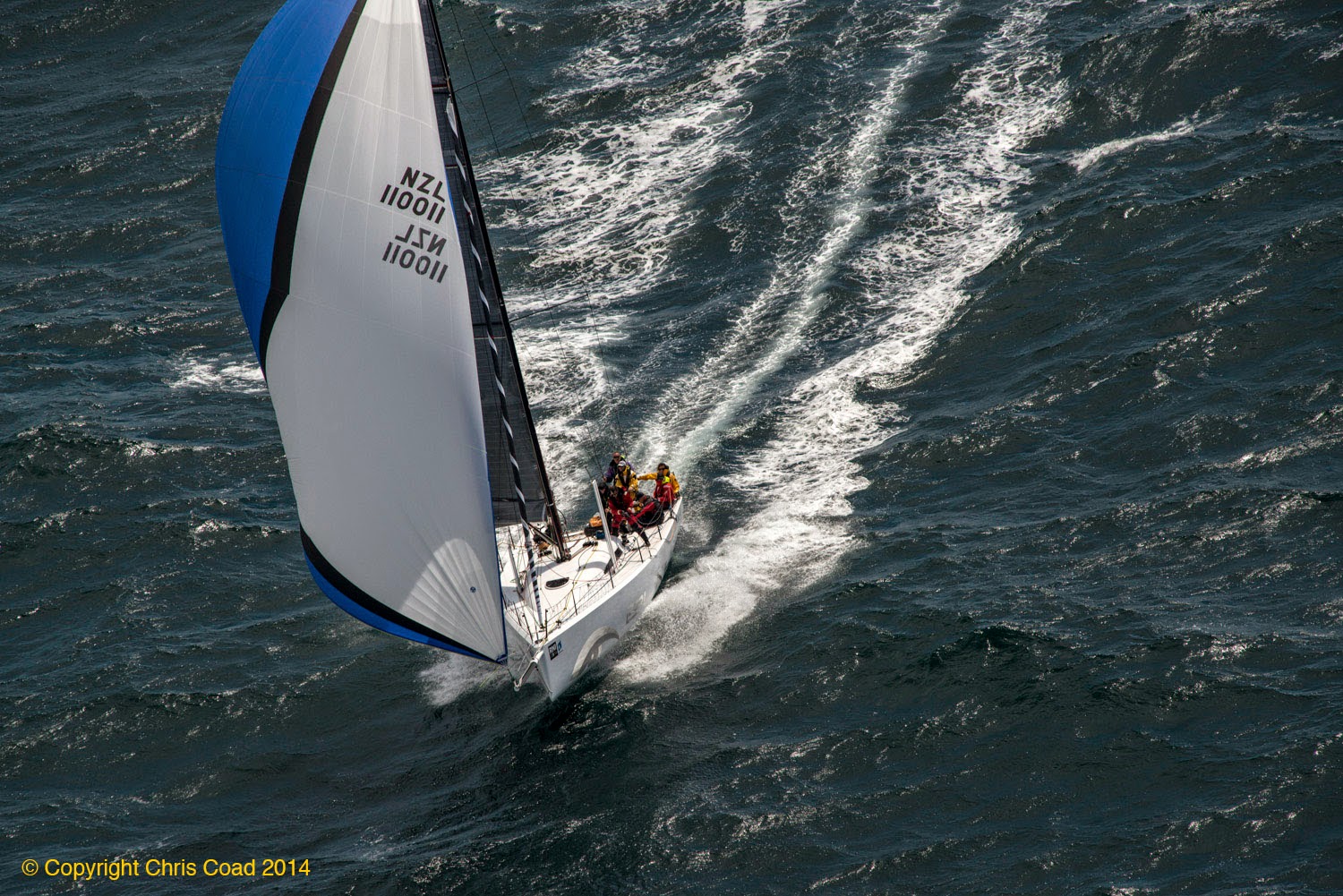 Similar pic to the last one, but a bit of tilt-shift effect tinkering ... 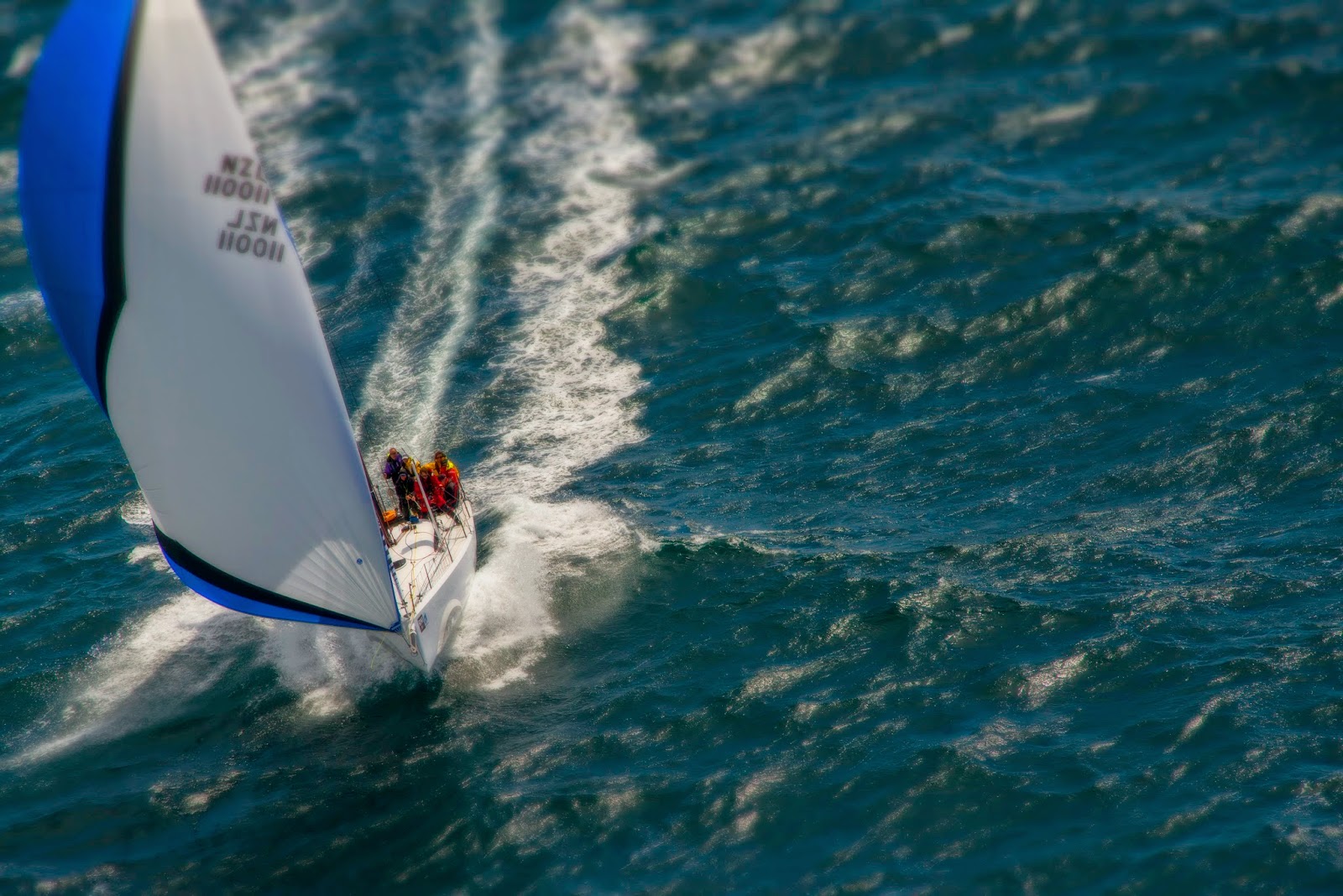 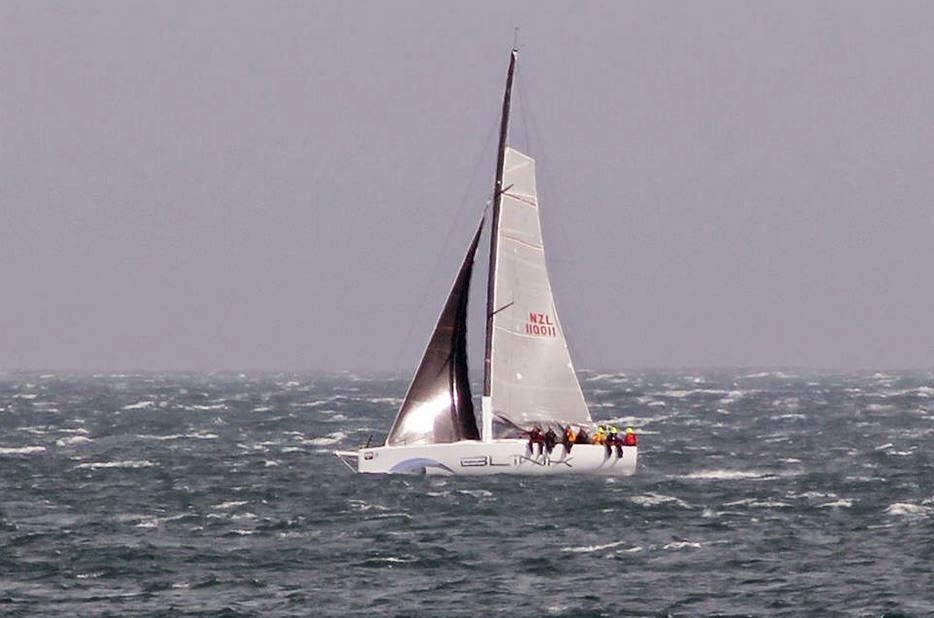