A couple of stories from Blink's RNI

After an epic sail of more than 600 miles, Blink finished a respectable 5th on line.  A great battle with Anarchy along the south coast and into the harbour was had beating them by a few minutes.  Tony and Craig reported a fantastic sail near the Brothers with the A6 doing speeds in the early 20s.  This was short lived and the more traditional two sail smacking into Wellington took its place.

The decision to go inland near Raglan didn't pay off but seemed right at the time according to weather models on Expedition.  Then fighting their way out of the hole to catch up to the rest of the fleet became a priority.  Running a dry boat for racing meant that no beer was on board and ice creams at Raglan were just out of reach.  Had a beer been opened, no doubt the winds would have started to increase.

The shore crew met two tired boys on the dock with beers and pies. A great finish by Tony and Craig and with a few days of relaxing, the next leg to Napier is likely to start midday Monday. 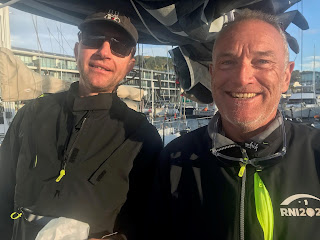 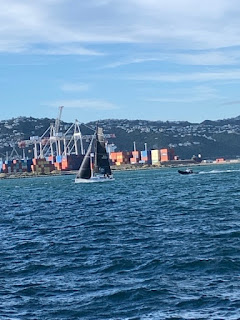 With half hourly updates, the tracker is totally addictive!  There are loads of family and friends sending in their best wishes for Blink who is currently in the Sounds heading home.  I think you get more rest on the boat than you do being a spectator.

"We have all been watching the boys comparing notes amongst ourselves.  They are tenacious".  "Hopefully they can play their home advantage on this inbound leg".

Blink is a few hours away now approaching the Brothers Islands.  The Blink shore crew, family and friends will be here to greet you Tony and Craig for beers, hot food and great big hugs!

From all the crew at Capital Eye Specialists and Resolve. Looks like everything's under control back at the surgery Tony. 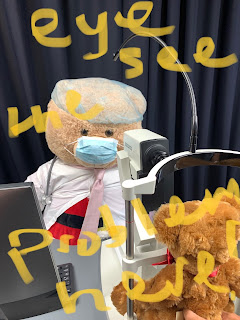 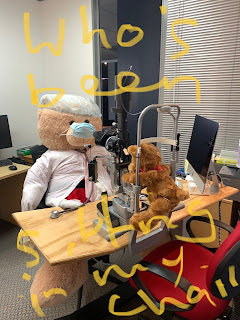 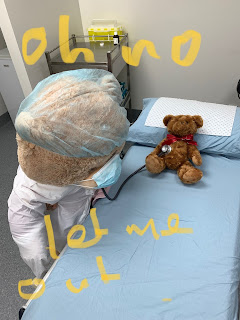 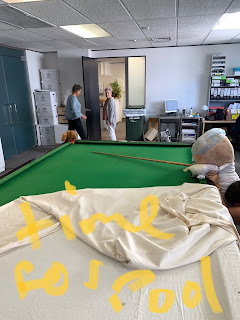 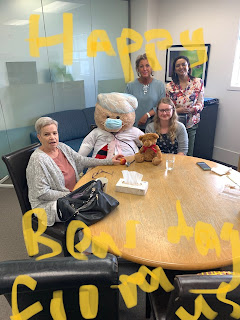 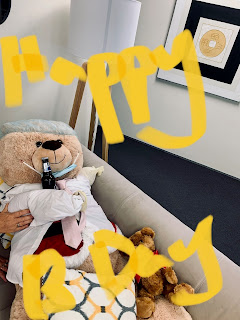 A great clean start for Blink.  The conditions in Mangonui were superb - A2 up from the start and carried out of Doubtless Bay around the corner.  At the sched last night, Blink reported that all was well and a tough sail change at Reinga.  Not a surprise as the Shaw Crew drive to Cape Reinga and there was quite a bit of breeze up at the top.  Not to mention the two oceans meeting and the tidal/wave action that brings.  There are numerous hazards at the top including some significant reefy rocky bits.  As the rock monitor and let's not hitting anything monitor ;-) on the boat, just looking at it made me worried.  Much better to be on the boat and see the maps of such things not standing on a hill thinking about them.

Shaw Crew - Gordie and I, had a great day yesterday driving to the top.  Had a stop in Kaitaia and Houhora for a late lunch (fish and chips at the cafe in Houhora rivals Mangonui by the way).    We were too early to wave at the fleet as they rounded the top around 7pm last night while we were having fish and chips for the second time in Monganui.

Some pics of the start from the hill top and our adventures. 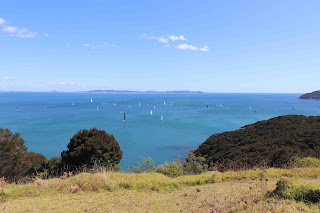 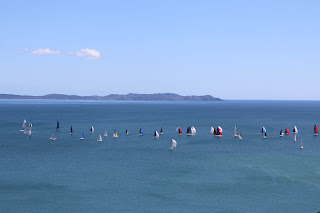 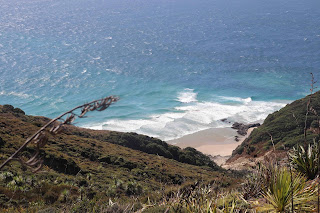 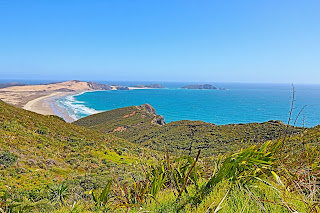 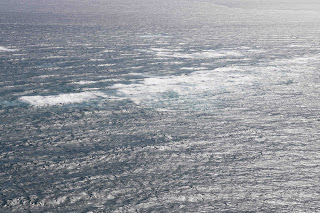 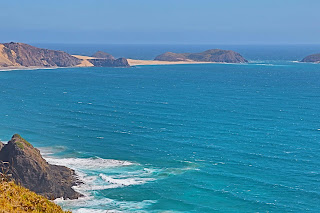 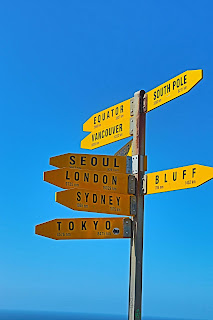 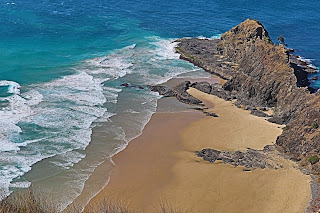 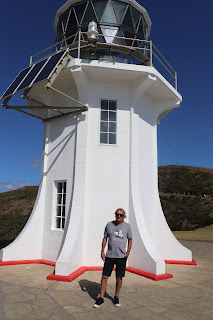 After a great sail using mostly the MHO and A3, Blink finished approximately at 7am.  An infarction on the finish line didn't detract from an excellent effort by Tony and Craig competing against some very fast 40 and 50 footers.  Provisional Results: 2nd on PHRF and 4th on Line for Div 1 and 6th on PHRF overall.  Great effort Tony and Craig!
Results here: https://www.ssanz.co.nz/results/

With a good night's sleep, the epic Mangonui to Wellington leg starts at 12pm today.  Briefing at 9am. Over breakfast, there was loads of discussion about strategy, sail wardrobe and the most optimal run.  Provisions are done with options depending on what the conditions are. Speaking of breakfast, today it was birthday cake.  Tomorrow (25th) is Tony's birthday.  There will be more on the boat as Craig said he won't be baking; he will be too busy naviguessing, sleeping, eating, driving or trimming.  Tony said he will be having the day off. 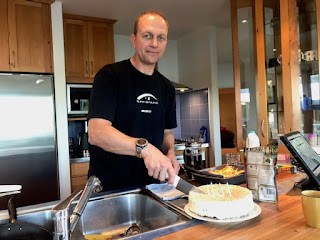 Thank you to the Mangonui Cruising Club for your superb hospitality. In particular, Roger who drove the rib to and from all the boats yesterday - you are a legend.  We remember you fondly from the last RNI too.   Also to Pete Geary for his tirelessly enthusiastic and kind support of the RNI 2020 and all our friends and family around New Zealand and overseas watching the race. 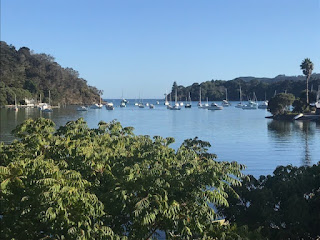 Will keep you posted.

And they are off!

As Shaw Crew we had the privilege of being on Steve and Vanessa Ashley's launch alongside the Krakatoa support crew.  With more than 40 days of no rain in Auckland, today's start was certainly not a dry one.  A great start to the RNI with 38 boats making their way to Mangonui for fish and chips.

Speaking with Tony and Craig just before leaving the dock indicated that they were ready for a seriously good and enjoyable battle.  There was much discussion in our household this morning before the start of the race of what wardrobe (apart from umbrellas) might be needed for the start line.  A3? MHO? J2?  Sail chosen was the MHO which proved to be a good choice to make it around North Head and to clear Rangitoto light.

Report from Tony and Craig for their SSANZ schedule is that all is well on board, MHO doing all the work and time for some dinner.

More  to be updated when the Shaw crew get to Mangoinui base. 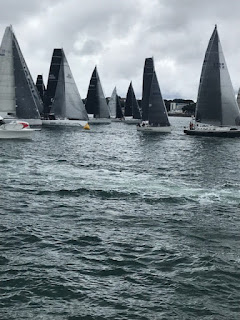 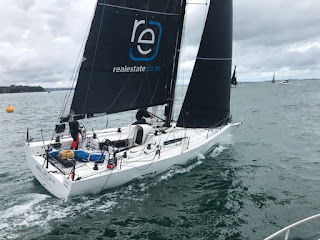 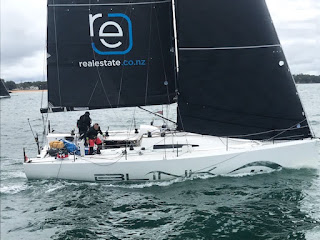 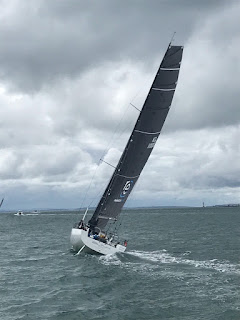 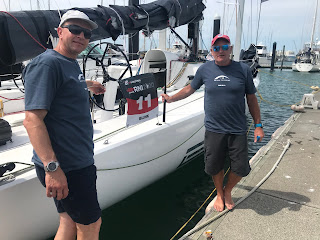 After a great few days of last minute tweaks in Auckland, Blink is ready for the RNI.  Tony and Craig have been preparing for this day for more than 12 months; physically, mentally and enthusiastically.  Such a great honour to sail in the 43rd anniversary of one of the toughest yacht races in New Zealand with Sir Peter Blake as one of the founding fathers of the race.    This year there are 38 competing boats with an excellent mix in each of the divisions.   First division has a number of 50 and 40 footers.  Blink are defending overall champions for the last two Round North Island races.


Tony has sailed in two of the overall line honours; with Rob Shaw in 2014 and with Vesna in 2017.  No pressure Craig!

Our friends and colleagues from Wellington and Waikawa are Satellite Spy, Arbitare, The Guarantee, Distraction and Am Meer.  It is a huge effort to bring the boat to Auckland and be ready to start.  They effectively do the race twice.   Go hard everyone, stay safe and see you all for fish and chips Mangonui.

Wellington to Lyttleton 2018 started at 6pm on Easter Thursday, and we knew before we started that the light wind in the first 12 hours would take away any chance of a race record time.  We knew also that we'd have trouble getting away from our competitors in the light breeze and that we'd spend quite some time being frustrated and drifting backwards.  Cook Strait - it's never like this ...

And so it was.  At dawn on Good Friday things were not good for us.  Josh Hayter's well sailed Young 11 Clear Vision was threatening to get further south than us as we headed inland.  The Thompson 38 Codebreaker team had stuck with us all night, sometimes ahead, making great use of their Code 0 and narrow waterline, also heading south as we sailed at almost 90° to the rhumb line.    With nearly half of the race over and with the rest of the fleet's handicaps significantly lower than Blink's, we figured we'd be well off the podium.

Then the new NE, compressed by the Kaikoura ranges - the reason we'd suffered to head inshore - started.  Up went the A2 for one of the most pleasant day's sailing for a long time. 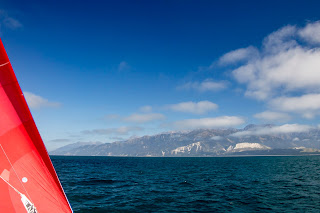 Heading in towards Clarence River Mouth

Flat water, TWS 12 built slowly to 15 and then to 20 knots throughout a lovely sunny afternoon.  We gybed out when we were running out of water, then back in again as the breeze softened away from the land, almost to Kaikoura, then back out again to ride a gradual lift down the Canterbury coastline.

This breeze steadily built through the day, and it seemed the other boats that had stayed further out were missing out, by late afternoon we'd put ~50 miles on the rest of the fleet. 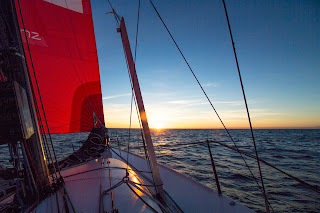 Sunset with the A2 still up 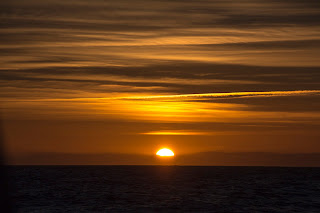 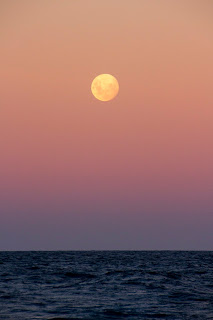 The wind built further, soon just after sunset we had a hectic moonlight ride in high 20s to low 30s windspeed with the A2 and a full main still up.  Not really wise, but fast as long we kept the boat upright, which we mostly did.

We deduced eventually that was definitely too much sail and we changed to the A4 and put a reef in.  Same 18-23ish boat speeds, and much more sensible for uprightness.   We had to gybe in the dark and, given that we expected to do badly on handicap results so we didn't need to push it toooo hard, decided that discretion was indeed the better part of valour (cowardice might have been the better part of discretion too?).

So we dropped the A4, gybed, and hoisted the A6.  Now slightly underpowered but well in control which was just as well because we were converging on the harbour entrance with a container ship.  Frustratingly ... we'd been watching the lack of change in compass bearing for a long time since we were both doing 18ish knots.  We decided to drop our kite - maybe temporarily - to let them go ahead, slowing down to about 12 knots. The ship then also slowed to take on the harbour pilot.  Still on a collision course :-( ... So we sailed slowly, badly, deep downwind with only a jib up at the front for a few miles while we got into the harbour.  Eventually we ducked behind the ship, unfurled a FR0, and sped up a bit.  But it was the wrong sail so we tried to get the A4 back up but this was slow to organise and we ended up just going slow over the line.  No matter we thought, we're not really in the running for the prizes anyway, so what if we lost maybe 20 minutes or so in the harbour entering debacle.

But, as it turned out, the combination of our heading inshore to pick up that breeze early in the day, and the wind dropping as the rest of the fleet got to the harbour entrance, meant we ended up winning on handicap by healthy margins, ~35 minutes on Port Nich Handicap and nearly an hour on PHRF.  [Handicapping committee: please note that result is clearly an outlier due to fickle weather conditions  :-)  !]

Team: Gordie, Craig, Jason, Alex, Cobbie, Fletch, TW.  Sadly no VW as knee still not quite ready.
Posted by Tony at 23:01 No comments:

Awesome race in a solid southerly
1st on Line, and on PHRF and RPNYC handicaps.  And another race record.

Video below ... pretty much says it all ... Welcome to the team Matt and thanks to Robin for joining us again