The Cautionary Saga Of The Stove (& hazardous bureaucracy, sans explosion)

We had pretty much ignored our stove until the photo shoot for Boating NZ, when it was put in place for the pictures. 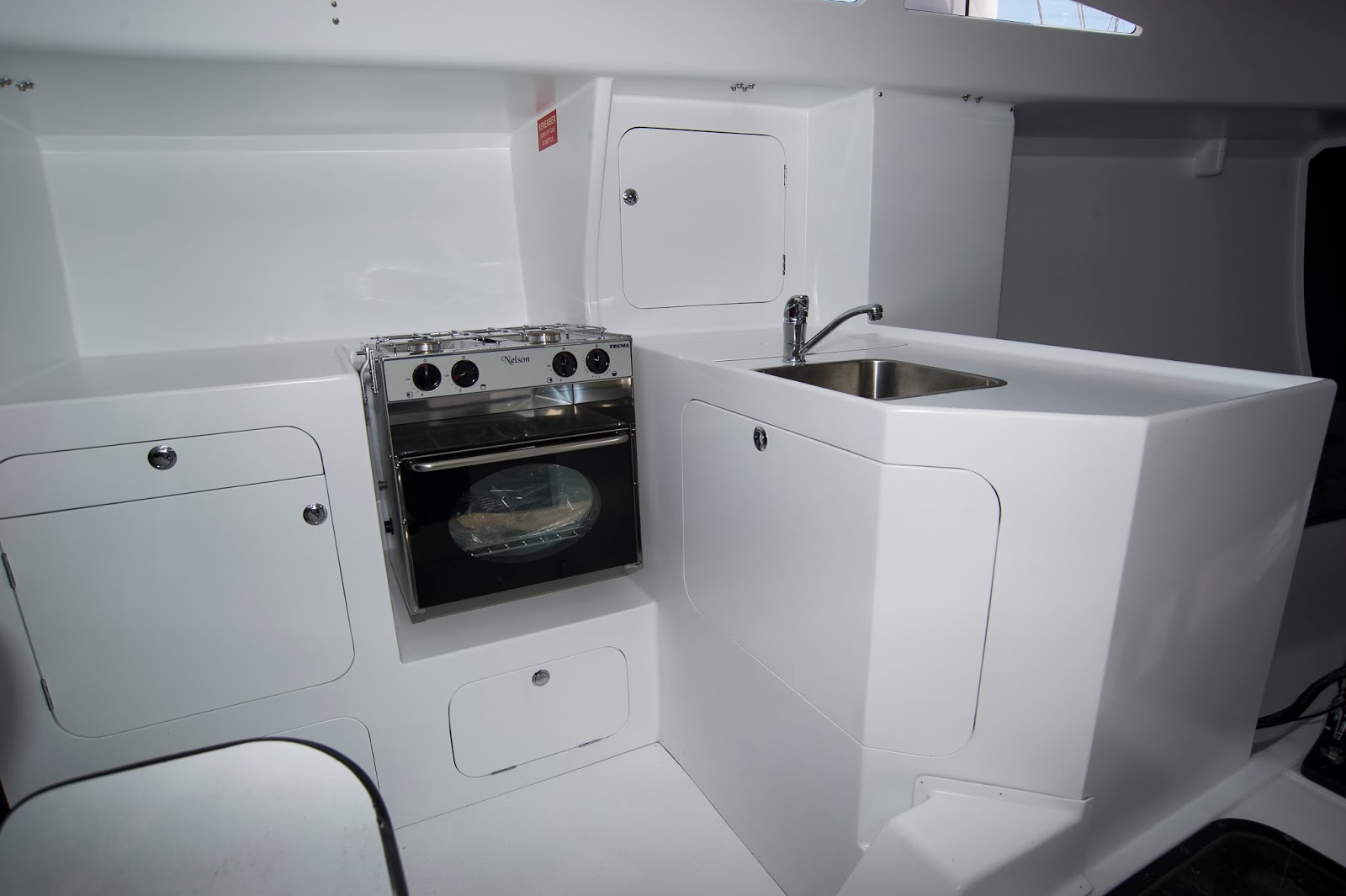 I noticed there was no hose from the end of the plumbing in the stove recess to the back of the stove, added that to the to-do list.  The stove had been purchased from Burnsco up north, and the next week we were in Lower Hutt, so I bought some gas hose and some fittings from Burnsco and went to put it in.  But I'd picked the wrong size for one of the attachments so Vesna drove back (n.b. each visit is a 90-minute round trip, and this was #2 of several) to exchange it -- where it was pointed out to her that a law change some months ago now required a certified gas fitter to do this job.

Which is where things got interesting.  Firstly we couldn't get any of the usual options to do it for us because they hadn't done the connection from the gas bottle in the aft locker to the stove recess themselves.  Then we eventually convinced someone to do it, but only if we could prove the certification of the existing pipe run - which we were able to do via email.  They also needed to have a copy of the manual before they would start.  We didn't have that either, but Burnsco had one, they photocopied it, and we picked it up.

The gas fitters duly arrived, fitted a pipe, and asked if the gas bottle was full.  Ah, actually, no.  I said I'd have it filled by 1pm, they arranged to come back after that.  Turns out that not many stations do gas bottle fills now, so it took well over an hour to get this bit done.  While they were gone I noticed that they had fitted a nice, solid, large valve/tap at the base of the pipe behind the stove, this clearly wasn't going to work... I expected to have to argue the point but they removed it with no discussion beyond my pointing out there wasn't room for the stove to gimbal with it there.  Then we fired it up, tested, and it worked.  Woohoo.  Working stove.

Except that this marine stove, as the astute reader may have noted already in the pic above, has no fiddles/brackets to keep pots etc on the otherwise nice smooth surface.  Astonishingly for a marine stove this is a separate kit (!).  With only a day or so left before we headed on a 700+ nm trip, an anxious phone call to Burnsco confirmed that they did have one of said kits, which they held for us.  So another 90-minute trip to pick this up.

It fitted into place nicely, with only the very very minor shortcoming that the packet we received had no screws to attach it to the pre-drilled mounting holes in the stove.  With yet another visit to Burnsco looming (they had already offered us a pipe cot at this point because we had been there so often) Gordie said he had some and disappeared to get them.  Wrong size.  Tried again with some others, all done, saga over.

But no.  The scary bit was next.

So, a couple of days later, 40+ nm off the east coast on the way north, bashing into a moderately lumpy norwester, I thought that (a) I had successfully made hot drinks in similarly bouncy seas before, (b) that morale should be substantially improved with a cuppa, and (c) we had a nice new stove that needed to be christened.  So I offered Vesna and Craig a hot drink, that they both declined, suggesting it was too rough to try.  Unusually, I wasn't quite pigheaded enough to do it anyway just to show that I could.

Which saved all of us.  What we didn't know was that the nice looking metal-reinforced shiny plastic pipe had broken.  Turns out that alloy reinforcement is great for tight corners in non-moving situations but it breaks with repeated flexing.  Say, a gimballing stove.  What would have happened is that I would have turned on the gas at the bottle in the port aft locker, made my way downstairs, probably not smelt the heavier-than-air gas pouring out of the broken pipe end and accumulating in the bilge, and incinerated/exploded the boat when I tried to light the burner.  This would have been suboptimal.

An hour or so later later we heard squeaking from the completely separated broken pipe end so knew of the problem, no cooking or hot drinks ... when we pulled in to Gisborne, a gas fitter there explained the above sequence of events, and fitted the appropriate pipe.

Which was exactly what I had bought and tried to fit in the first place.
Posted by Tony at 10:12