Visited Yard in torrential rain, looks like drought not a problem in Northland anymore...

Deck now fitted- the lid is on.  Pete has been doing a great job of keeping things moving - but with characteristic attention to detail - while Craig hasn't been in so often in the last couple of weeks. 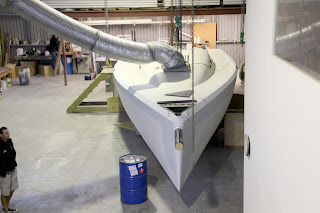 That blue thing is a 44 gallon drum ... somehow the scale gets lost without a reference and it all looks quite small in some photos 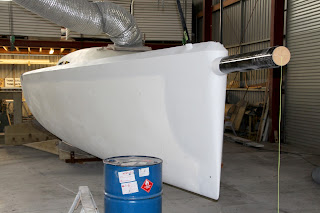 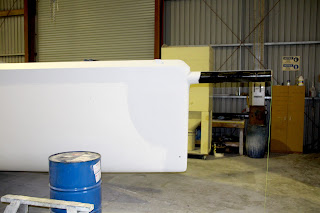 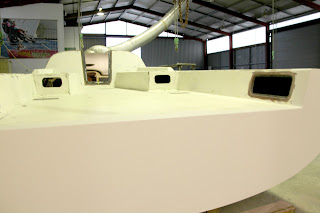 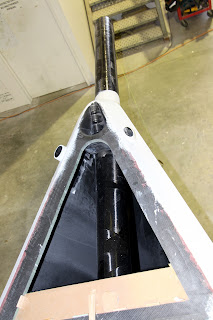 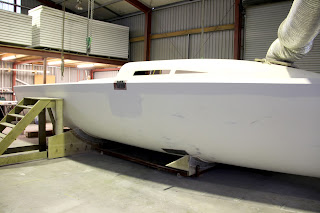 Deck mould in foreground, square structure sitting on top of it to the left is the hatch slider for the companionway 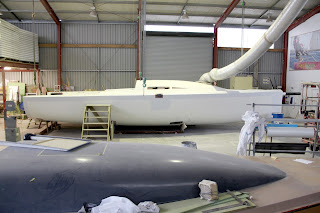 Pete fitting the stanchions into their slots.  Bow looks bigger with someone in the picture to provide scale... 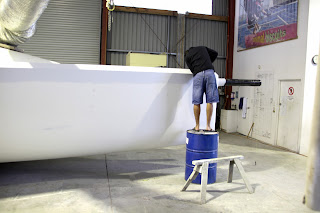 Composite stanchions, pulpit with easy access to prod between these 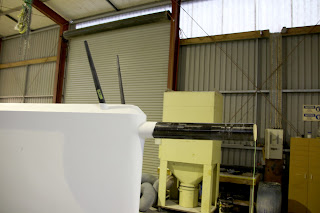 Galley looks similar to last time, but for the bevel and fiddle on the benchtop and more work on the keel structures 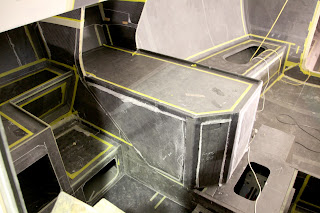 Portlights in back of seats visible from the inside here, these were primarily put in for ventilation but will be quite good for light as well 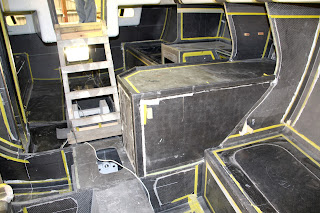 It seems like a long way from the companionway to the end of the front cabin.  Lots of headroom everywhere, not even much of a duck required from a 180cm/6ft chap to get over the keel box 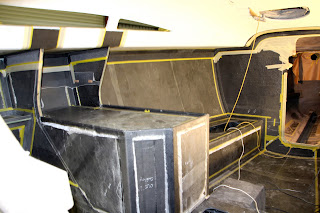 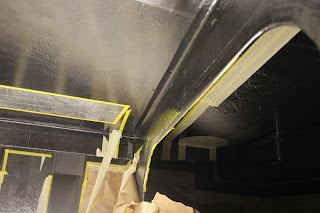 And a few interesting bits and pieces ...

Speaking of the steering ... here are the rudder stocks, nearly solid carbon, very chunky and seriously strong.  They are awaiting bearings before going in. 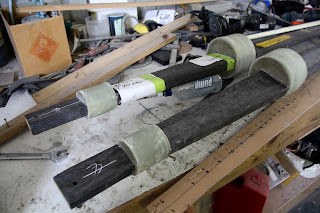 One of the dagger board cases that will pass through the boat at the outside edges of the back of the saloon, just in front of the galley and chart table. 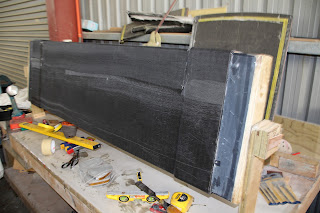 Gori folding prop, not much drag when these blades are folded in. 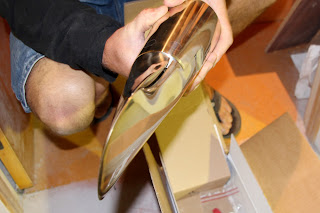 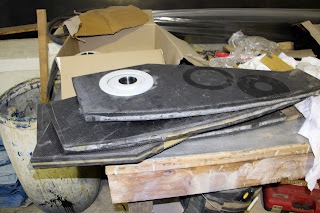