Building of the hull shell started in mid-November 2012

Final layers of wax so the carbon won't stick ... then on goes the black shiny stuff ... 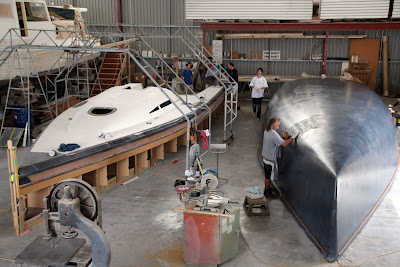 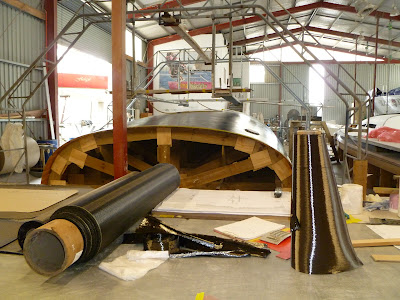 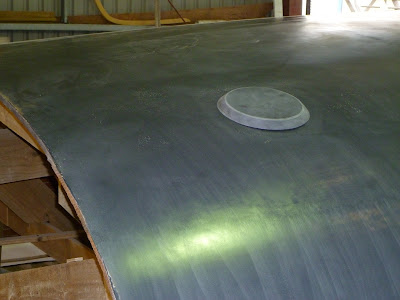 Late November 2012.  First layer of carbon on, then fitting of foam core material 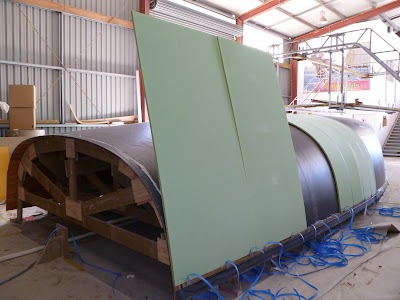 As on the deck, higher-density foam for high-load / slamming areas.  Slot is the daggerboard location 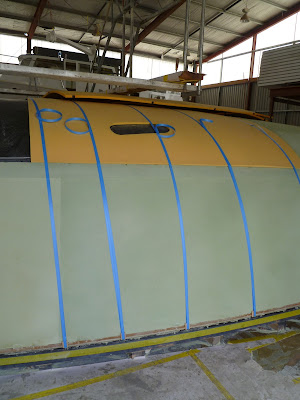 Foam glued and sealed with epoxy, being vacuum-bagged into place 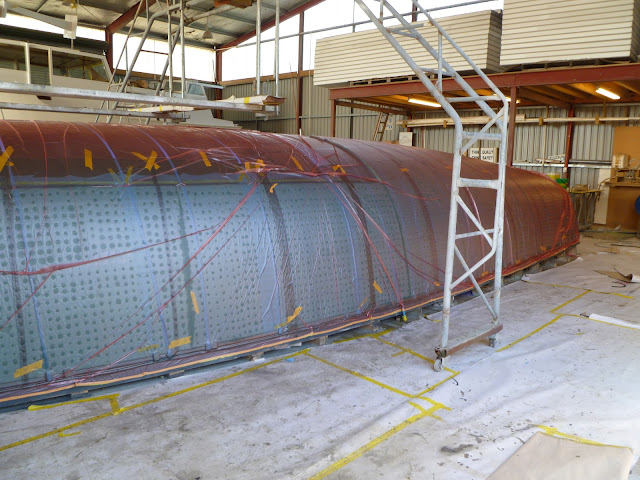 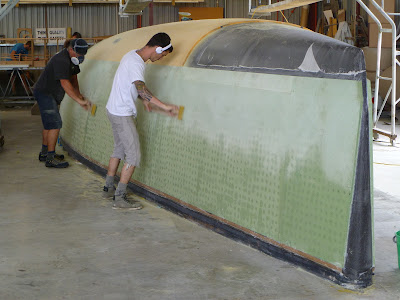 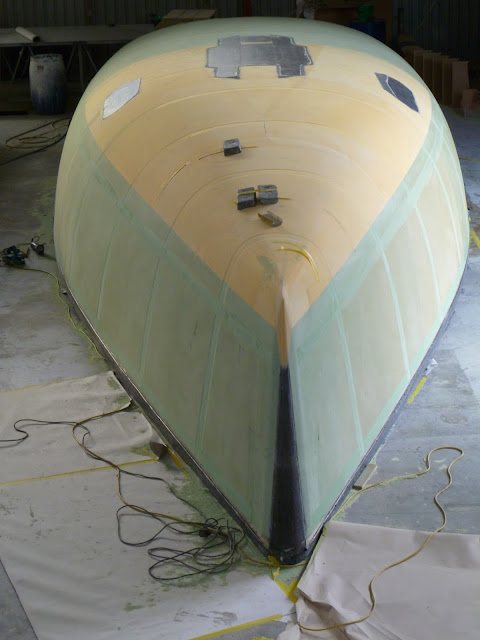 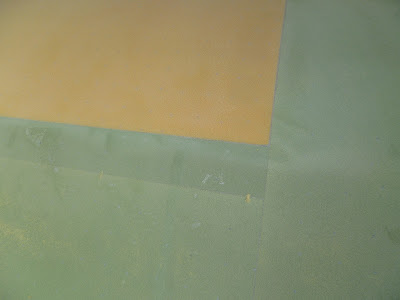 Then the outer skin of carbon went on 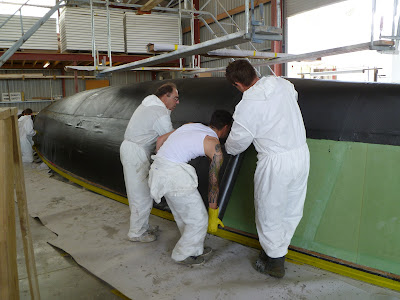 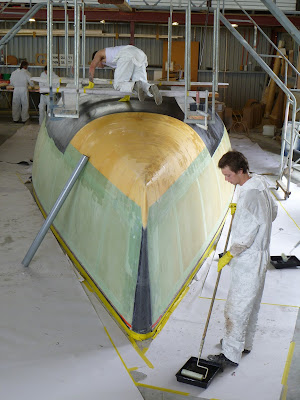 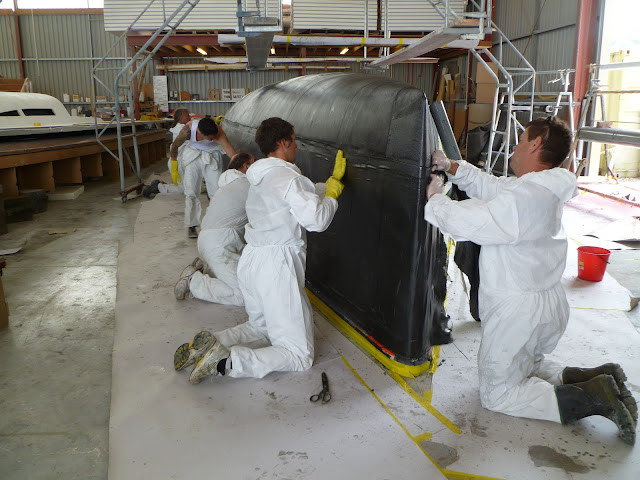 Fairing the hull before undercoat 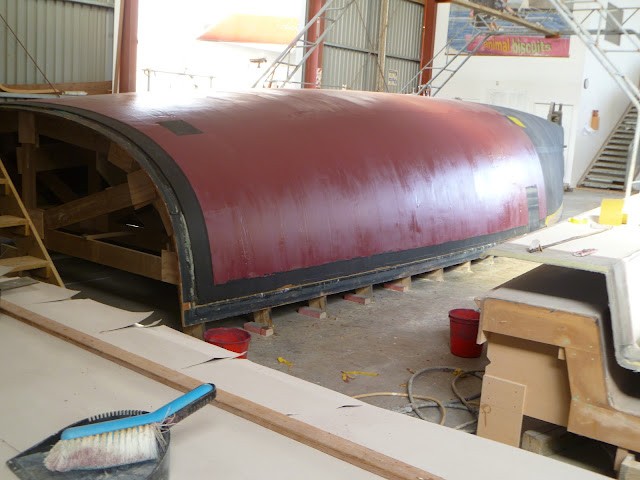 Undercoat after yet more sanding and fairing ... 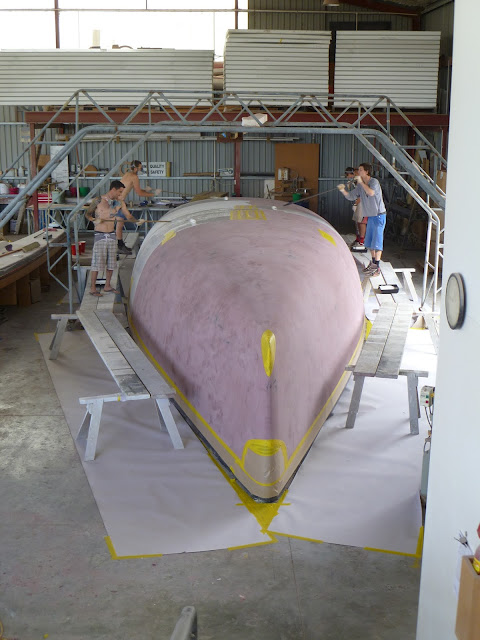 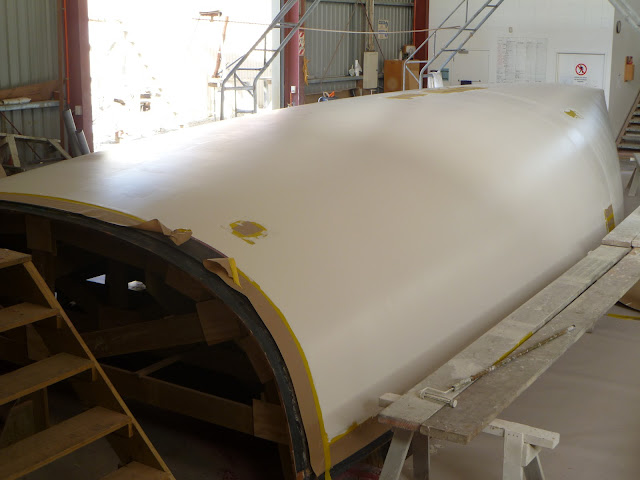 Lifted off mould, preparing for hull weighting and turnover, January 2013 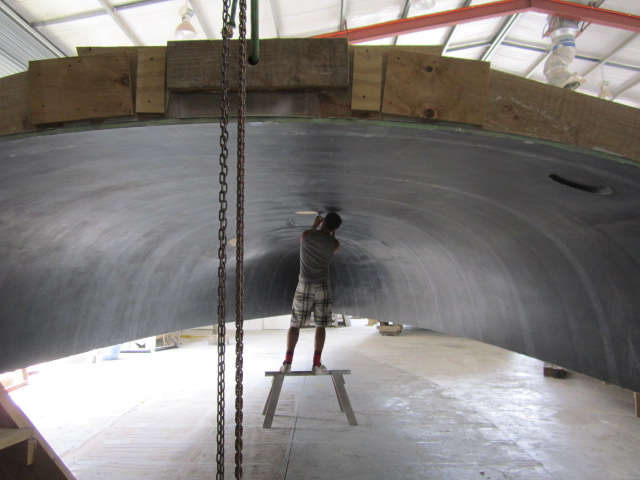 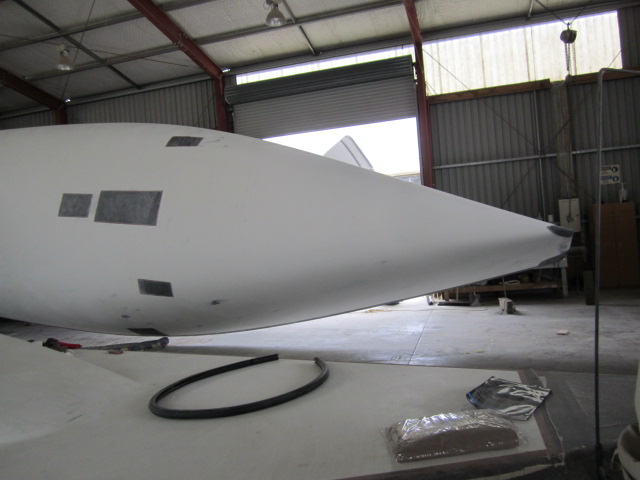 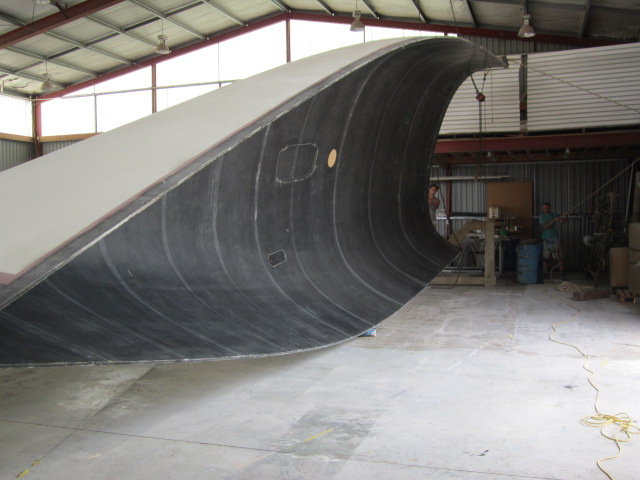 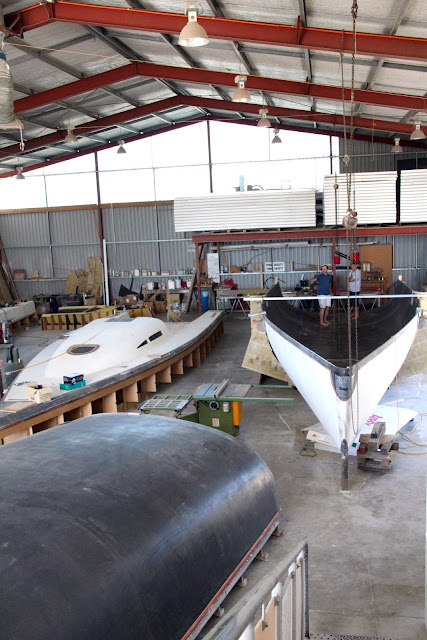